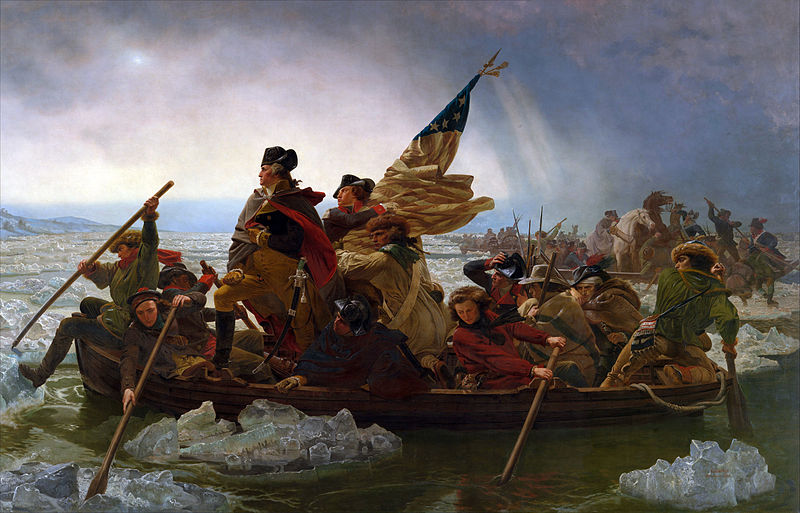 Despite Wales‘ relatively small size as a country it seems to have had a particular influence on the creation and history of the USA. The Welsh have played a disproportionately big part in American life. Many of the Welsh men and women who emigrated to America to start a new life had emigrated there from Wales to seek a new life away from the economic and cultural oppression that was being carried out by the central London government on the nations of Britain. This was a problem faced by Wales as well the other Celtic countries of Scotland and Ireland as well as the poor of England

It should therefore be of no major surprise that almost 50% of  the Signatories of American Independence were Welsh, 20% of the pilgrim fathers were Welsh as was the captain of the Mayflower itself. There have been at least 9 American presidents of Welsh descent including three of arguably the most iconic and influential American presidents; Thomas Jefferson, Jefferson Davis and Abraham Lincoln. Barrack Obama is also on the list of nine – his mother being a Davis. Thomas Jefferson, who was also a Welsh speaker, became good friends with fellow Welsh American president John Adams, and was the principle author of the revolutionary declaration of American independence (proposed by Adams with the guidance of Welshman Richard Price in London) and author of what is probably the most famous sentence in the English language – that “all men are created equal, that they are endowed by their Creator with certain unalienable Rights, that among these are Life, Liberty and the pursuit of Happiness”  This sentence and sentiment has inspired work for the rights of marginalized people throughout the world.

Jefferson Davis is famously the only Confederate president. Abraham Lincoln is perhaps the most famous and most iconic of all American presidents; Lincoln was very proud of his Welsh heritage as illustrated by the imported Welsh tablet stone he made sure was built in to the Washington monument and donated by the Welsh citizens of New York which reads; “Fy iaith, fy ngwlad, fy nghenedl Cymru – Cymru am byth” (My language,my land, my nation of Wales – Wales forever)

The man who financed the American revolution against central English rule was Welshman Robert Morris who was also one of the signers of the declaration of independence and also wrote the final draft of the Constitution of the United States. Pennsylvania (New Wales) and Rhode island were also founded by Welshmen and Pensylvannia is regarded as the cradle of the new American nation; this is where the American declaration of Independence from the English monarchy colonial rule was written and declared by the founding fathers in 1774, where the Articles of Confederation were written, and later the Constitution of the United States of America itself – all conceived, written and drafted by Welsh Americans – an astounding feat and legacy for the Welsh in the new world.

Madoc or Madog ab Owain Gwynedd was, according to folklore, a Welsh prince who sailed to America in 1170, over three hundred years before Christopher Columbus’s voyage in 1492. The story remained popular in later centuries, and a later development asserted that Madoc’s voyagers had intermarried with local Native Americans, and that their Welsh-speaking descendants still lived somewhere on the American frontier. These “Welsh Indians” were accredited with the construction of a number of natural and man-made landmarks throughout the American Midwest, and a number of white travellers were inspired to go and look for them. There is even strong evidence to suggest America itself is called after a Welshman Richard ap Meryk, Anglicised to Richard Amerike (or Ameryk) (c. 1445–1503) who was the principal owner of John Cabot’s ship Matthew during his voyage of exploration to North America in 1497. It has been speculated that “America” is derived from his name, owing to his sponsorship of the voyages to Newfoundland, rather than from Amerigo Vespucci, the explorer and mapmaker.

The Welsh emigrated in varying numbers, with hundreds of thousands especially emigrating to Pennsylvania, which, as mentioned, William Penn had originally called New Wales, and which developed in to a large Welsh colony called Cambria. Ohio also became popular with the Welsh . Welsh emigrants were largely a mixture of miners, farmers, expert metallurgists, dairy producers and slate quarrymen – many going on to become mine managers, trade union leaders, executives, community leaders and yes – politicians. The miners brought organizational skills, exemplified in the United Mine Workers labor union, and its most famous leader John L. Lewis, who was born in a Welsh settlement in Iowa.

There was also a large concentration of Welsh people in the Applachian section of Southeast Ohio, such as Jackson County which was nicknamed “Little Wales”. Welsh culture and language thrived in these areas due to Welsh language publishing houses being established and the inherent nature of close knit working class Welsh communities in general. The Welsh language was unsurprisingly commonly spoken there for generations until the 1950s when its use began to subside, but otherwise still survives due to the myriad of Welsh American societies in America today. In Ohio today, significant concentrations of Welsh descendants are found in many communities of Ohio such as Oak Hill (13.6%), Madison (12.7%), Franklin (10.5%), and Jackson (10.0)

Other areas the Welsh populated were Knoxville Tennessee and neighbouring Sevier County where they formed rolling mills and the Knoxville iron works. Other popular areas for Welsh emigrants were Indiana, Minnesota, Kansas, Maryland, Oneida county, Vermont, Utica and New York, whilst further west, more Welsh miners, shepherds, gold prospectors and shop merchants arrived in California: especially the Sierra Nevada, Sacramento valley and Amador county. Oregon, the pacific northwest and rocky mountain states were also popular destinations. Strongly Republican, the Welsh gradually assimilated into the larger society but without totally abandoning their own ethnic cultural patterns and values, many of which can today be seen in the American declaration of Independence and Constitution itself – a magnificent testament to Wales and its people.

The following inscription can today be found on a plaque mounted on the east façade of the imposing Philadelphia City Hall:

Perpetuating the Welsh heritage, and commemorating the vision and virtue of the following Welsh patriots in the founding of the City, Commonwealth, and Nation: William Penn, 1644-1718, proclaimed freedom of religion and planned New Wales later named Pennsylvania. Thomas Jefferson, 1743-1826, third President of the United States, composed the Declaration of Independence. Robert Morris, 1734-1806, foremost financier of the American Revolution and signer of the Declaration of Independence. Governor Morris, 1752-1816, wrote the final draft of the Constitution of the United States. John Marshall, 1755-1835, Chief Justice of the United States and father of American constitutional law.

Today there are over 11 million people in the USA with Welsh surnames. It is also very notable that there are a disproportionably large number of African Americans with Welsh surnames, brought about largely by freed slaves taking on local Welsh Methodist / Baptist preachers and local leaders’ surnames, and later through intermarriage but also, alas, in some cases from Welsh slave masters.

Aside from the unchangeable but addressable history of what happened to the native Indians of America and the whole African slavery trade which occurred at the hands of white European settlers in general, the Welsh settlers of north America have made and are making a substantial and significant positive influence on the cultural and civic development of American society and government in general; the true values of individual liberty and freedom from tyranny hopefully being core principles that can be grasped and secured for future generations.